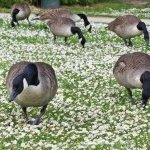 Naturalist walk in the park with François Moutou

François Moutou takes us on an urban safari, rich in naturalistic observations, to the Edmond de Rothschild Park in Boulogne 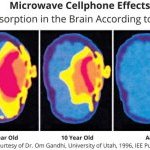 What you need to know about 5G

Technological innovations raise questions and concerns. And rightly so. Regarding 5G, how will this new technology impact our existence? Will these changes be for better or for worse? And what could be the undesirable effects caused by these technologies? 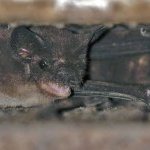 Bats in epidemiology, Between hopes and fears, by François Moutou

Bats represent about 25% of known mammals. We don’t know much about them, except specialists. But even if bats are a reservoir of zoonotic viruses, epidemics are the result of our human activities. 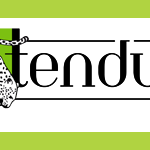 “The end of the Devil”, travel story by François Moutou

The thylacine and the devil of Tasmania used to live all over Australia few thousands years ago. The thylacine get extinct more than 80 years ago. And the future of the devil is quite incertain. Travel story and pictures by François Moutou, veterinar, & text contribution by Myriam Dupuis. 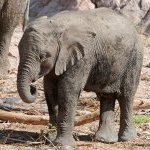 François Moutou tells us about his encounter with the rare elephants of the Namibian desert: “Their gaze seems internalized, as if they were thinking, thinking about something else.”

Although coral reefs cover less than 1% of the Earth’s surface they harbour 25% of the world’s known marine biodiversity. Together with the fragile ecosystem of humid tropical forests. the reef ecosystem is the richest in terms of biodiversity, the most complex and productive of the planet. It is urgent to preserve it. 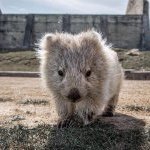 Is biodiversity a key issue ? Phytoplankton and whales’ poo ; spatial pollution: attention! Actions supported by TENDUA in 2018: release into the wild of a gibbon by SVAA (India); Desert lions’ Conservation project (Namibia); CAP LOUP (France). And also : The 2018 volunteering season with the cetaceans; The “shark business” on Reunion Island ; The dugong and the kitesurfers in Egypt. Unusual : the wombat’s cubic poo, and our Agenda 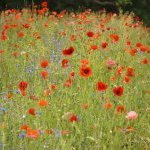 How can I help to protect biodiversity ?

When biodiversity is concerned, we usually think that we are powerless and that our action will not change the course of events. But “small brooks make the big rivers”! You are not alone : today, millions of people worldwide act on a daily basis to preserve biodiversity & ecosystems. And think that every day that begins, is a new opportunity to do more & better than the day before! 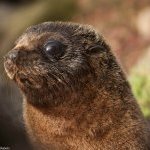 Avril 2016 : the bill on Biodiversity at the French Senate ; Paris goes green ; the red mud in Cassis Creeks, near Marseille ; April, 25th : the World Penguin Day ; the killing of wolves in France ; the last Cap Loup collective actions, the killing of sharks in Reunion Island, release to the wild of a couple of gibbons in India ; the next generation of Namib desert lions is born ; New-Zealand fur seal. 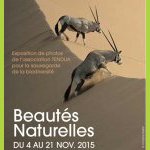 Wildlife photographes commit themselves in favour of biodiversity through the photo exhibition “NATURAL BEAUTIES” organized by TENDUA from 4 to 21 November 2015 at the Mairie of the 6th arrondissement of Paris.

Wildlife accounts for less than 4% of mammals

12 000 per litre of water The number of microparticles per litre of water that researchers found when melting ice samples from the Arctic region. 17 kinds of plastics were trapped in ice. 10 tonnes produced per second This is the amount of plastic produced every second in the world. Since 1950, 6.3 billion plastic wastes have accumulated on the planet. 1 million plastic bottles sold per minute In France, only 56% of the plastic bottles are recycled. In Germany, for example, they recycle 90% of plastic bottles.. 1000 years to decompose A plastic bottle takes between 100 and 1000 years to decompose. For a plastic bag, it takes 400 years. 1,6 million km² It is the size of the 7sup>e/sup> continent made of plastic, which floats between Hawaii and California, for an area equal to three times France. Some 1,800 billion pieces of plastic, weighing a total of 80,000 tonnes, would be there. 99% of seabirds contaminated by 2050 This is the proportion of seabirds that will have already ingested plastic by 2050. In the early 1960s, only 5% were affected by this scourge.

For all of us, and also people who support NGO for Environment protection, don’t forget that :

According to a Harris pool in 2017, 5 % of the French population are either vegetarian or vegans, compared to 7 to 11 % in England and 9 % in Germany. Meat production has a huge ecological impact on the Earth including, but not limited to, excessive water consumption, soil degradation, climate change and the mistreatment of animals.

Forests: only a moment to cut them down, but how many centuries to regenerate?

Everything we use, wear, buy, sell and eat takes water to make. The water footprint is a measure of humanity’s appropriation of fresh water in volumes of water consumed and/or polluted. Let’s try to think about it, before buying something and consuming more than we need....Here are some figures:

The vital job of earthworms

* Current worms appeared 200 million years ago (humans only 200 000 years ago). * Earthworms are classified into three main categories: 1) leaf litter- or compost-dwelling worms that are nonburrowing, live in the soil-litter interface and are called Epigeic, 2) topsoil- or subsoil-dwelling worms that feed (on soil), burrow and cast within soil, creating horizontal burrows in the upper 10–30cm of soil (called Endogeics), 3) worms that construct permanent deep vertical burrows, which they use to visit the surface to obtain plant material for food, such as leaves (called Anecic - meaning “reaching up”). * They are an essential link of the food chain and the guarantors of the soil fertility. * They clean up soils, they handle waste water, they recycle the organic waste by digesting it. Thanks to the worms’ composting, our rubbish can decrease by 40 %! * These worms fight against soil erosion: they are the “first ploughmen of the soil” allowing the restoration of life to the soil. By going back and forth between the surface and the deep soil, earthworms give to the soil this necessary texture and aerated structure that quickly disappears if earthworms are eliminated by chemical applications, by frequent mechanical cultivation, or if the soil is compacted by the repeated passages of heavy machines. * In France in 1950, 2 tons of earthworms were living in 1ha of farmland; today, only 50kg to 200kg of earthworms are remaining in 1ha of farmland… Let’s save earthworms!!!

FRANCE is killing its wolves and mistreating its sheep

Nevertheless wolves are a protected species in Europe and in France. It means that France has to preserve the species and its habitats. This is not the case.Is the wolf an easy scapegoat of the severely affected sheep farming sector ? You cannot break a fever by breaking the thermometer!

Too late for being pessimistic

TENDUA was created in 2008, following a trip to India where, despite numerous national parks, wildlife and its habitat are threatened by human presence. Unfortunately, worldwide, biodiversity is in danger on land and in the seas.

The 6th major extinction of biodiversity

If some new species are still discovered from time to time, many more have disappeared already, such as the Yangtze dolphin, the clouded leopard in Taiwan, the cougar of the East cost of the United States, just to name a few of the most publicized, and many more species, plant and animal, are still endangered of extinction. The most fragile are the top-predators as they occupy the top of the trophic chain. Some emblematic animals such as the tiger, the lion, the polar bear, but also herbivorous such as elephants and rhinos, some cetaceans and shark species are threatened of extinction into the wild before 2020, i.e. tomorrow.... Old-grost forests and incredible ecosystems are destroyed everyday by our human activities, to produce more and more... These losses will not be without effect on man.

The 6th major extinction of biodiversity is in progress: in 150 years the man managed to destroy his environment, as he had never done before. The previous extinctions that scientists know were the result of an evolutionary process; nowadays the planet’s balance is heavily threatened by human activities.

In August 2013, it was estimated that humanity, in its unbridled consumption has exceeded the regenerative capacity of the Earth.

The industrials are rushing for patents on not yet listed animals and not yet recorded plants, that are living in oceanic “no-man’s-lands” or in the rare primary still forests existing (for how long?) of the poorest countries. What for? To pull a net sharp profit under the fallacious pretext to find treatments for the troubles of the richest countries. The politics of any edges and horizons are strewing their electoral speeches with “new environmental priorities” which are very soon downgraded given “the difficult economic situation”, and every of them to venture in the “green business”, in the “fair trade” or in the “Socially Responsible Investments”, with motivations which are not the ones that we could hope.

However, we do not have time to be pessimistic. Beautiful things still surround us and there are some beautiful places, on lands and seas, that we can preserve. We can all act individually by small daily actions, and also collectively, a thorough movement is already on its way: TENDUA wishes to contribute in.

A new type of relationship between the man and the nature

TENDUA is suggesting to each of us to think about a new type of relationship between the man and the nature. The nature is wrongly considered as a resource. It leads humans to use the nature and to consider that all this generosity, this beauty and very concretely “raw materials”, water and air are there at his disposal, to his service and for any eternity (at least for his life expectancy). The existing relationship between the “civilized man”- or “last people” - and the nature can not be anymore described as being harmonic, as are those of some”first peoples" that are going to be eradicated from the lands that we dispossess them. Anyway, it is a question of changing a little bit one’s frame of reference and to become aware of our freedom of choice: we are lucky, for the most part of us, to feel concerned by our environment, and to become an actor, at our level.

Concretely, that it does mean? In our everyday life, it means being more attentive to our consumption, more alerted in what is taking place around us: for example, to read labels allows understanding from where comes a product, to prefer some and to avoid others, not wasting water, be aware as possible of the impact of our choices - even personal - on the state of the planet. Around the world.

Fill in the membership form (below) and send it back by mail to TENDUA with your payment, either by cheque, established on behalf of TENDUA, or by cash. The membership will be considered as null and void if no payment has been received by TENDUA.

We remind you that TENDUA is a fully independent association and does not benefit from any subsidies or any operating funding. We operate only from your memberships and partnerships and also the help of the professional photo laboratory RainbowColor and the nature’s books publisher Empreinte & Territoires. Collected money is forwarded directly to conservation programs, the operating expenses of the association are being minimised and managed, for the most part, by the founding members.